In 1942, as part of the Atlantic Wall, the German Army started construction on a coastal battery in the town of Le Treport, approximately 25 kilometers north of Dieppe. This battery, built on top of the steep limestone cliffs north of the city, consisted of four 105mm guns in R671 bunkers. Fire control came from an R636a command bunker. Several vf58c machine gun bunkers and 612 and R600b anti-tank defense bunkers were also constructed in the area.

In the southern part of the city, the Army also installed an area headquarters, known as Kahl-Burg. This was dug completely out of the limestone rock. It contained both command and living quarters as well as observation posts overlooking the harbor.

For this very strenuous and dangerous excavation work, the Germans used POWs and slave labor. Construction work continued until the area was liberated by Canadian troops in the summer of 1944.

Today, the former headquarters has been turned into a museum. 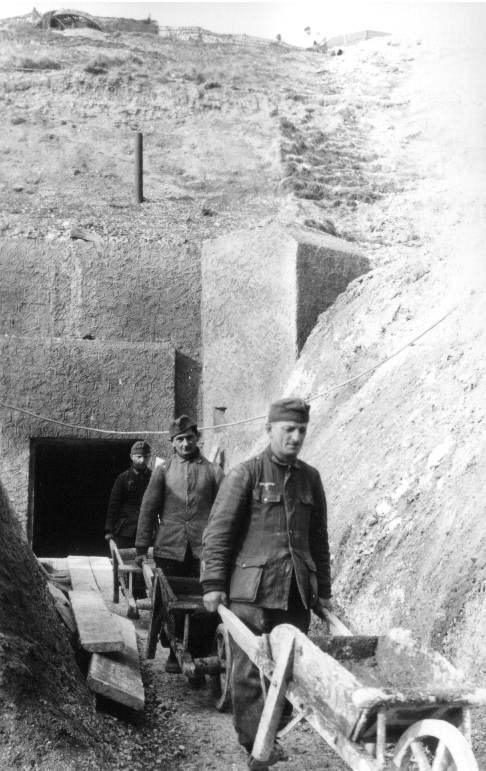 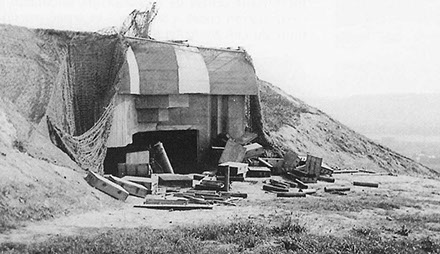 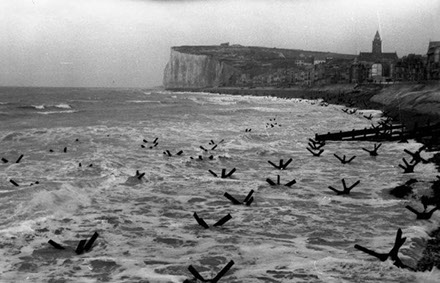