In 1942, the German Army started construction of a gun battery with four 105 mm. guns. Located 8 kilometers north of the important port city of Le Havre, it had an elevation of 100 meters above the sea. The battery was to protect the city’s northern flank against Allied attack. Initially, the four guns were placed in open ring positions.

These Czech guns had a range of nearly 18 kilometers. In 1943, they were mounted in separate bunkers (R671). Slightly withdrawn, in the middle, was a command bunker with an observation tower to direct fire from the guns.

These guns did not see any action during the Allied landings in Normandy on June 6, 1944, but in September the area was bombed. In response, the Germans destroyed the guns, and retreated to the north. 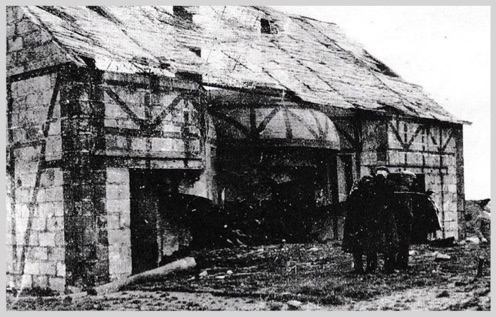