Le Havre, on the eastern side of the Seine Bay, were captured by the Germans in May 1940. Through the ages, the town had been a strategically important port city and several French fortifications were quickly taken over by the German army and navy.
Very soon, the Germans began a massive expansion of the harbour, including a large bunker for their R boats ( in German Räumboote). Le Havre was assigned a major role in the anticipated invasion of England and the German garrison peaked at 40.000 men.
As the war progressed, Le Havre's role became increasingly defensive and a massive number of anti-aircraft guns was placed around the city.

In the summer of 1943, as part of the city's defense, the Germans began construction of a coastal battery, Marineküstenbatterie Vasouy, which was designed to protect Le Havre from attack from the western flank. The guns were modern 155 mm. guns manufactured by Krupp.  Three of the guns were placed in bunkers and the last in an open position.  The Command post was slightly sunken and was surrounded by Flak (anti-aircraft) positions and bunkers for local defense.  In August 1944, the gun battery disbanded and the soldiers moved to Le Havre to participate in the forthcoming defense of the city. After the war one of the gun bunkers was blown up.

Just north of the city, in September 1943, the Germans began the construction of a heavy gun battery, Batterie La Corvée, that would consist of three 380 mm. guns. These guns was removed from the captured French battleship Jean Bart and were similar to those which would be used in M.K.B. Nötteröy in the Oslo fjord. The massive excavations of the large gun bunkers (S536) were observed from start by the British intelligence service, but to do maximum damage, they waited to bomb the facility. The Command post was built on top of the cliffs, west of the battery. In April 1944, as a prelude to Operation Overlord (the Normandy landings), the Royal Air Force made one raid with 60 bombers and again in early May when 40 bombers took part. During this latter attack, one of the bombs hit the gun turret on the northern-most gun, rendering it useless. In early June, a few days before the Normandy landings, there followed another raid in which 50 bombers took part.

On 14 June 1944, over 200 Lancaster bomber bombed the port of Le Havre: 22 of the planes were loaded with Tallboy bombs (12,000 pound armour-piercing) and were specifically attacking the large bunker used by the Germans' fast attack boats. The bunker suffered several hits and one of the bombs penetrated the roof, causing a partial collapse of the bunker.

When in September 1944 British troops conquered the city, they could ascertain that the many bombing raids had effectively halted the Germans' activities, including the area surrounding the construction of gun battery Le Corvée. Le Havre was in ruins, being one of the French cities that suffered the heaviest loss of life during the Allied raids. Over 5,000 civilians were killed and upwards of 80,000 were made homeless. 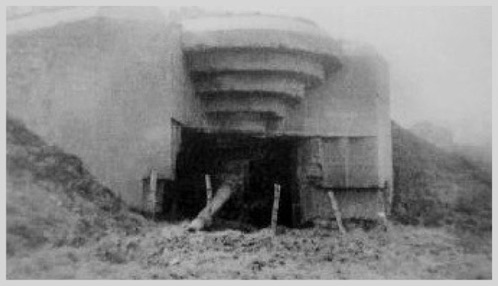 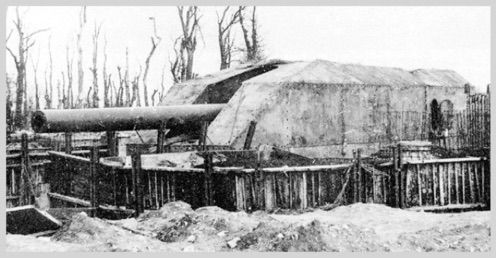 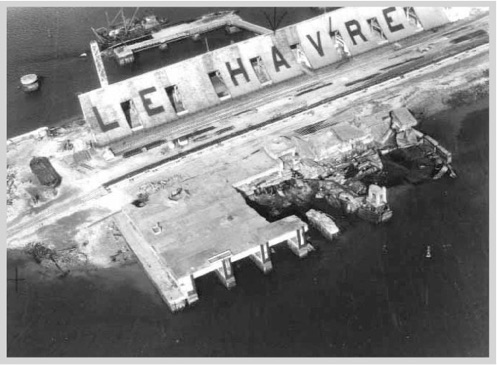