The German Army started construction of this coastal battery in the summer of 1941. Russian and Polish prisoners of war undertook the hard work of blasting and excavating bunkers and tunnels into the rocks.

Six 155 mm. French field guns were installed, having a range of 17 km. At Kjekså, two kilometres to the east, a radar (FuMO 3) was set up to help with warning and targeting. A large command bunker (R 636) was built in the middle of the battery, equipped with a range finder and targeting equipment.

The battery became operational in spring 1942 and consisted of four anti-aircraft guns (Flak 38), two searchlights and several armoured guns in addition to the main armament.

Construction was declared complete in early summer 1943, but it was continuously expanded until liberation in 1945.

After the war, the battery was abandoned and in 1995 it opened as a museum. 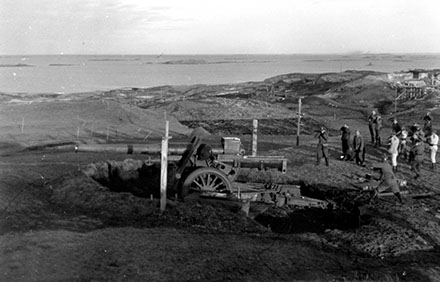 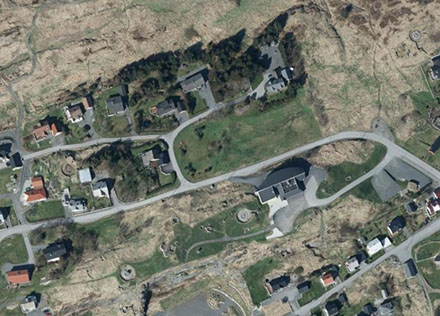