At the coastal town of Berck-Plage, the German army built a battery with three 170 mm. modern guns. These were manufactured by Krupp and had a range of 29 km. They were placed in open ring positions cast in concrete with room for adjacent ammunition magazines.

As the war progressed, the German army began to build their gun batteries away from the coast, so that the enemy could be fought on land rather than at sea. Three large gun bunkers (R689) were built 3 kilometres to the north-east, but these were empty and without guns when the area was liberated in autumn 944.

After the war, the command bunker was removed and a large tuberculosis sanatorium was built in the battery area, overlooking the sea. The big building was removed in 2009 and today the beach, still with the many bunkers, is reserved for naturists. 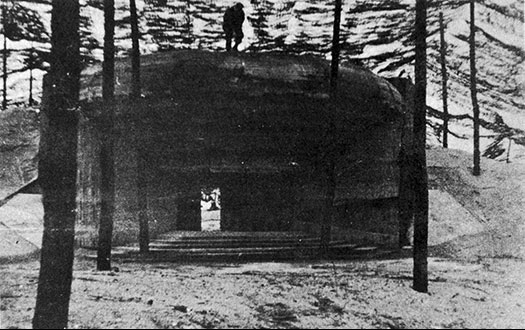 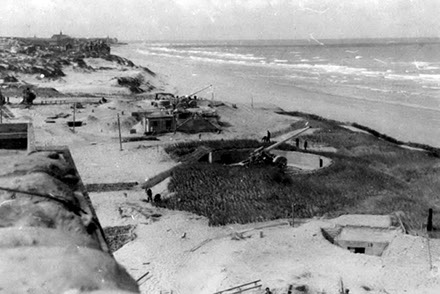