The Germans began building an underground hospital and ammunition storage complex in the occupied Channel Island of Guernsey in the winter of 1940. Over the next nearly 4 years, the tunnels were blasted, drilled and excavated into the soil and rocks. The perilous work was undertaken by slave labourers, who lived in a nearby prison camp. There was a very high accident rate, with many of the workers being killed.

The hospital facility comprised 2 km of interlinked tunnels, with 3 entrance and 5 ventilation shafts. The shafts were equipped with ladders and also served as emergency exits. By the summer of 1944, there were a total of 7,000 m² of tunnels below ground which had required the casting of 15,000 tons of concrete. There was room for 800 patients and after the Allied landings in Normandy in June 1944, the hospital received many wounded German soldiers.

The Germans on Guernsey, together with all the other Channel Islands (Jersey, Alderney and Sark) surrendered to the Allies on 9 May 1945.

The Hospital is now open to visitors as a museum to those difficult times. 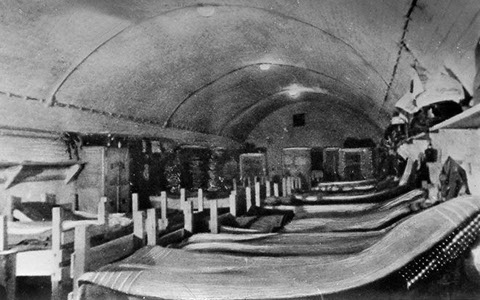 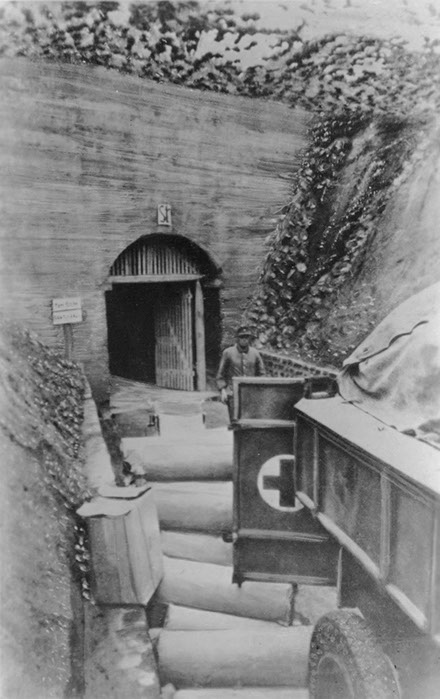