Located in a forest about 40 miles east of Lodz, construction on this facility began in late 1939, as an operational headquarters for the German Army. As it turned out, Hitler spent most of his time at Wolfs Lair, 150 km. further north, and never used the facility at Tomaszow. Organization Todt was in charge of the construction. For reasons of security, German workers were used. The headquarters was scheduled to be operational prior to the attack on the Soviet Union in June 1941.

The plant was never used for its intended purpose. In 1944 the area was used as an ammunition store by the German army. The dom bunker in Jelen was used for production and repair of aircraft engines. 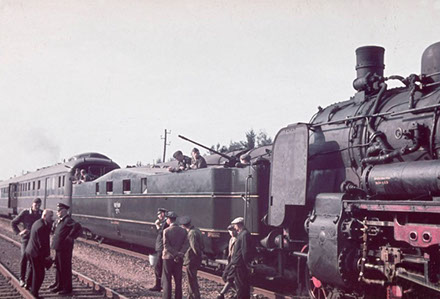