At the end of 1939 the French moved part of the LEO 45 bomber production to subterranean quarries at Saint-Leu-d'Esserent, 50 km. Northwest of Paris. They installed heating, ventilation, production and accommodation facilities to about 1100 workers.

After the German occupation in the summer of 1940, the Luftwaffe took over the underground factory and began to consolidate and re-develop. In 1942 the Luftwaffe wanted to create a facility, safe from bomber attacks, for the collection and storage of their V-1 flying bombs. The location close to the railroad was perfect to supply launch bases in the area of Calais and Organisation Todt was hired for the job. From early 1943 a massive expansion began. Most of the hard labor was done by Russian POWs, along with some French workers and specialists.

In the beginning of 1944 the first train with V-1 bombs arrived from the Nordhausen factory in Germany. Shortly after the first V-1 bombs are sent against London the facility in St Leu d'Esserent was bombed by the Allies. There were three massive bombing raids launched on July 4, July 7 and August 7. The last of these was carried out with 6-ton "Tall Boy" bombs, which effectively stopped the activities in the facility. On August 11, the Germans evacuated. To prevent the advancing Allies access to the weapons technology, the Germans tried to blow up the whole plant. On August 30, American troops arrived and technicians quickly started studying the V1 bombs that had escaped the explosion.

In early 1946 the Americans left the area and the French army took over. When all the weapons were cleared out, the quarries were given over to mushroom production. 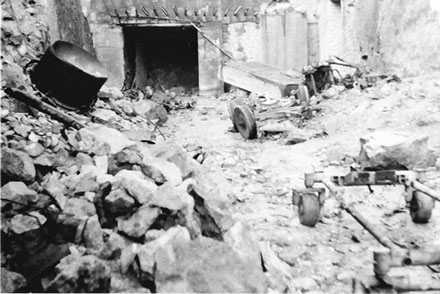 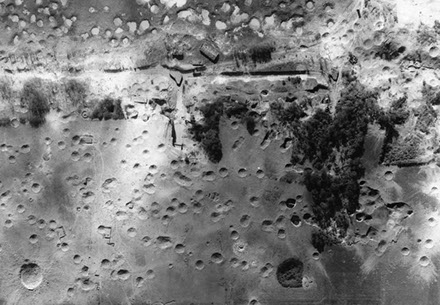