After the Germans occupied France in May 1940, the French military installations were taken over by the Germans. To the north-east of Calais, the French had a gun battery, Fort Vert, to protect that port and the German army equipped it with three 170 mm. guns placed in open open emplacements. In 1942, the gun battery was transferred to the German Navy (Kriegsmarine) and the guns were replaced by 150 mm. guns. In 1944, two of the guns were mounted in pillboxes (M270) with ammunition compartments and crew bunkers behind the gun. For the last gun, a very special bunker (M305) was built with a gun tower in concrete which could rotate and thereby achieve a field of fire of 360°.

In 1943, the Germans worked to solve the trade-off between protection and fields of fire for their guns and one of the solutions was precisely this experimental concrete cupola. The gun tower in Battery Waldam was the only one along the entire Atlantic Wall to have a concrete housing. The rotation mechanism of the 750-tonne tower came from the French battleship Provence. Next to the three guns, a three-storey command bunker was built and behind the dunes were some other smaller bunkers.

At the end of September 1944, the gun battery and its approximately 250 German gunners were attacked by the third Canadian Infantry Division. They approached the gun battery from the landward-side but whether the concrete gun tower today points to the direction of attack is unknown. 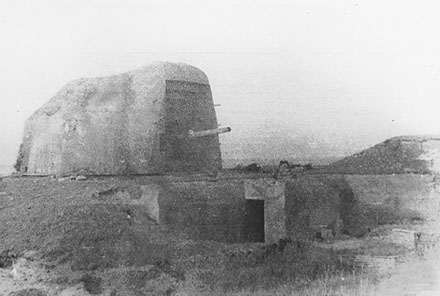 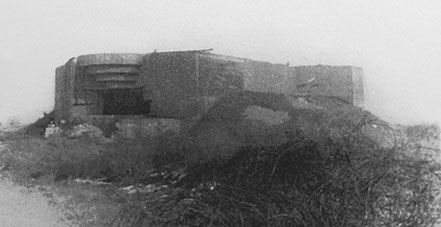