As part of the Atlantic wall, the Germans in 1941 built a coastal battery at Vigsoe. The gun battery was positioned in the first row of dunes, to protect the right flank of the gun battery in Hanstholm. Initially the four 105 mm. guns were placed in open stands and the crew quartered in barracks.  In late 1942 the German army began construction of protective bunkers. When completed, the guns were installed in casemates (R671), one bunker was constructed for fire control (R636) and several for the gun-crew. There were also two ammunition magazines as well as bunkers for anti-aircraft guns and point defense of the site. In Denmark, the German army build 11 almost identical gun batteries, like the one in Vigsø. All equipped with four 105 mm. guns, the Germans had found in France and all with the same bunkers and layout.

By the end of the war, the manning of the battery was 2 officers, 20 sergeants and 82 privates. Additionally, 32 Danish workmen performed different tasks, including coastal protection.

Most of the bunkers are today located on the beach or in the water, but it is still possible to see the extensive earthworks in the dunes behind the gun battery.  The bunkers at Vigsø were used in 1970 as scenery for filming of the Danish cinema film Olsenbanden in Jutland (IMDb). 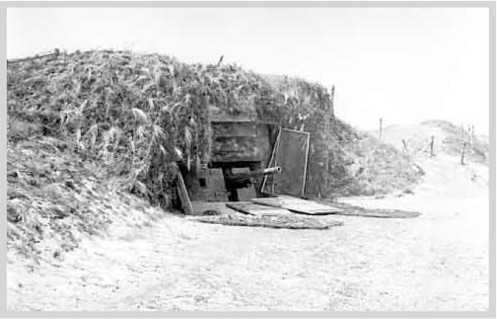 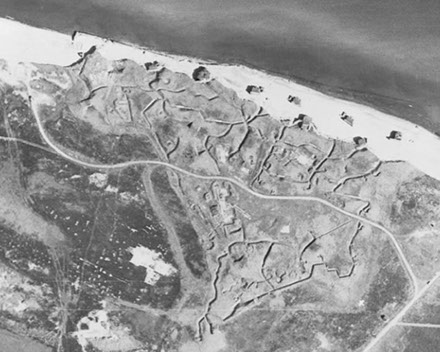