As early as 1940, soon after their troops had over-run and occupied Norway, the German navy started construction of a gun battery to protect the Tanafjord in northern Norway. The guns were three Russian 130 mm. pieces that the Germans had captured from a French ship in Bergen. The battery was fully operational in April 1941.

In autumn 1944, the German forces in northern Norway were pushed further west by the Red Army. After Finland had signed a ceasefire with Russia in September 1944, a massive withdrawal began. 200.000 German soldiers were involved in Operation Nordlicht (Northern Lights) in which all positions were abandoned, houses, bridges and roads were demolished. Everything that could fall into the hands of the Red Army was removed. 45.000 Norwegians were forced to evacuate and over 10.000 houses, churches, farms, schools, etc. were burned. Animals were slaughtered, fishing boats sunk and over 20.000 telephone poles were felled. In addition, crops were burned and large areas laid waste. As part of this withdrawal, in October 1944 the guns in the battery were blown up. 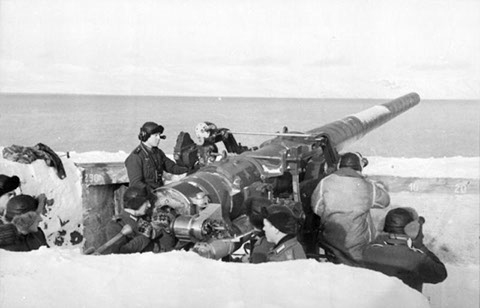 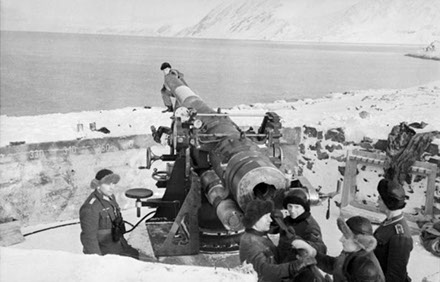 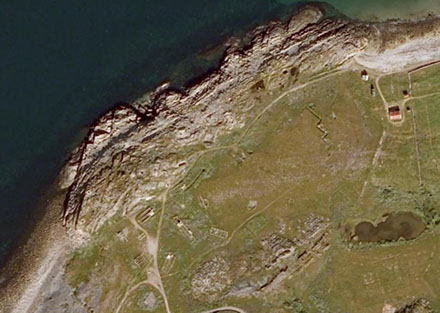