In spring 1941, the German Army began construction of a gun battery at Smalfjordneset in Tanafjorden, in northern Norway. This battery was to consist of four French 105 mm. guns that had a range of 12 kilometers. The battery was arranged with four open concrete ring positions, with bunkers for command. There were also light defensive bunkers built. The battery was operational by summer 1941.

After Finland signed a ceasefire with the Soviet Union in autumn 1944, the Germans began Operation Nordlicht (Northern Lights), which was the retreat from Finland. All posts were vacated. Using a “scorched earth” retreat, bridges and roads were blown up, or otherwise destroyed. The population was evacuated and more than 10,000 houses, churches, barns, schools and other buildings were reported destroyed. The evacuation was so efficient that domestic animals were slaughtered, fishing boats sunk, and more than 20,000 telephone poles were felled. Crops were burned, and large areas were mined.

The battery at Smalfjordneset was evacuated in December 1944, and the guns blown up. 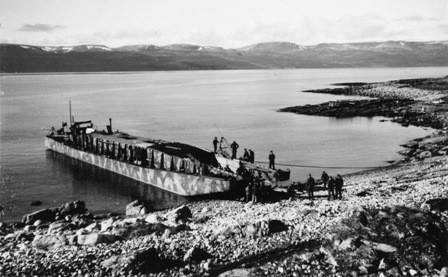 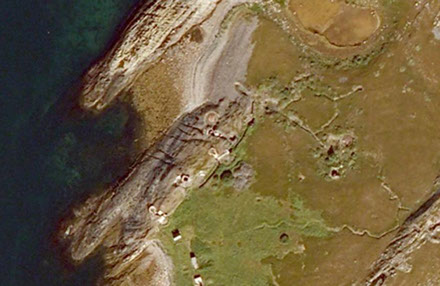