In the summer of 1941 the German army established guns at Skrolsvik at the northern entrance to Narvik in Norway. In August 1943, these guns were replaced with four 150 mm. guns in the same location, but controlled and manned by the German navy. The new guns were secondary armament for the two battleships Scharnhorst and Gneisenau and each was individually mounted in a turret. They had a range of 22 km. and to direct the fire from the guns, a large command bunker (M120) was built. After the war, the gun battery was taken over by the Norwegian military and it was finally decommissioned in 1989. The four guns are now part of a museum. 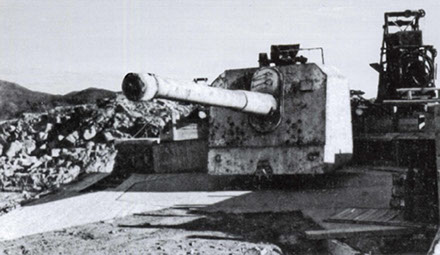 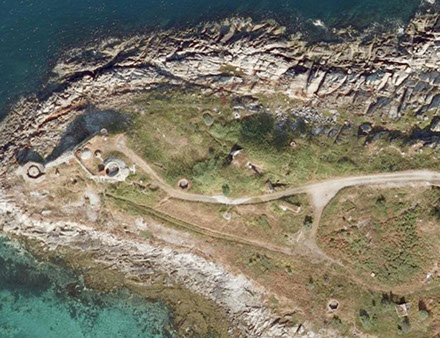