The construction of this gun battery commenced in 1941 and two years later the guns received a prominent visitor when Erwin Rommel inspected the building site. After his visit work began to expand the installation and the guns that were previously placed in open positions were now built into concrete pillboxes, even though the Germans did not believe that the coast in front of the battery was under threat of invasion. It was not possible to observe the coast from this battery and therefore the fire control bunker was placed at another gun battery in St. Marcouf.

Because the calibre of the four guns was only 105 mm., when the Allies landed on the nearby Utah Beach on 6th June 1944 (D-day) they were firing at maximum range and accuracy was therefore not optimal. Despite this, the Germans managed to keep the Americans on Utah under fire for two days, preventing further advances.

On 9th June the 170 soldiers at Battery St. Marcouf surrendered and a massive bombardment of Azeville by Allied warships started. Eventually the battery was attacked by U.S. troops equipped with flame throwers. The garrison surrendered and the fight for Azeville was over.

Today the site is a museum. 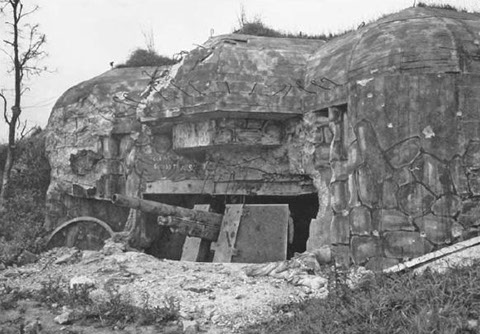 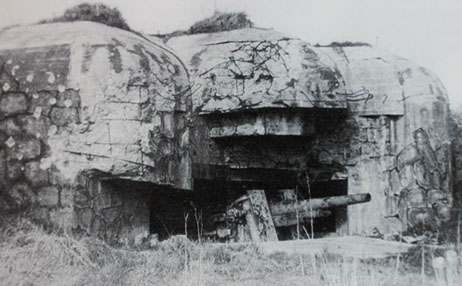