In autumn 1943, the Germans began building a launching base for V-1 flying bombs  (commonly known in England as “doodlebugs”) in a forest 1.5 km. east of the city Yvrench, 60 km. south of Calais.

Significant numbers of these simple bases were built throughout northern France, receiving their machines and other supplies by rail from production plants in Germany. Once at the base, the flying bombs were prepared and fired off a concrete ramp against England.  The simple, basic design and small size of these bases was a conscious choice by the Germans in an effort to avoid attracting the attention of Allied bombers.

V-1 flying bombs could not be controlled in flight, so the ramp had to point directly towards the target. The ramp at La Boissais pointed directly at London, which was 140 miles away. Knowing the distance from the ramp to the target was important because the V-1 plummeted to the ground either when it ran out of fuel, or when a timer shut off the fuel supply. The system was simple, but not very accurate.

The base's location was, however, known by the Allies as drawings of the base by the French construction company and the resistance movement soon reached London. The base was therefore exposed to numerous bombing raids from December 1943 until the Germans were driven out of the base in July 1944.

Because of the heavy bombing raids, the Germans never launched a single V-1 from the forest by Yvrench.

The entire forest is now very overgrown, especially in summer months, and the vegetation is in some places impassable. In the forest, one can still find the launch ramp, most buildings and many bomb craters. 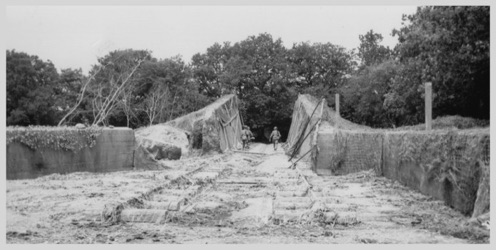 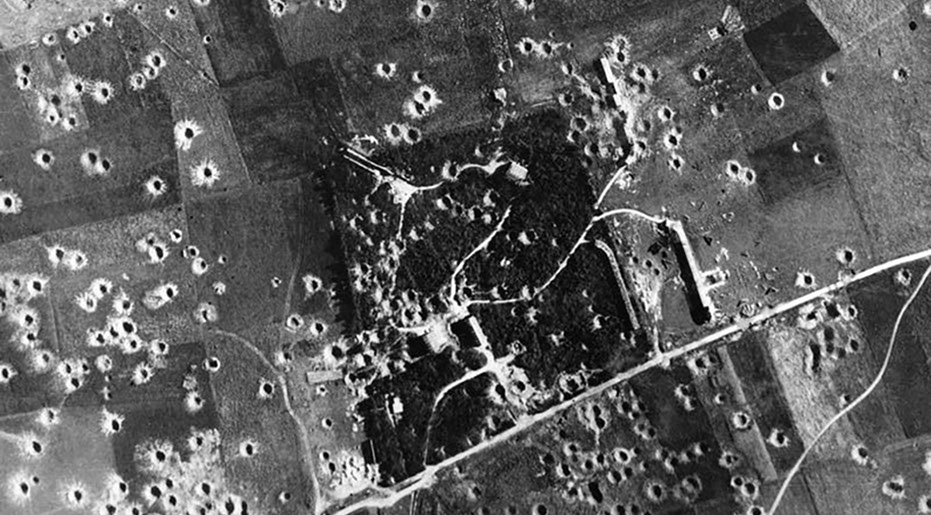 “  Documented in RV Jones "Most Secret War". Draftsman working at the site copied the plans while a German supervising construction visited the toilet at the same time each day. The plans were smuggled out of France by Michel Hollard who founded the group Reseau AGIR.  ”

“  Visiting this site is a surreal experience due to it being so heavily overgrown and not readily obvious from the road. There are no signs, just a wall of forrest visible.

I asked a professional guide - The Battlefield Experience - to take my brother and myself there in early October 2013 due to a family connection with one of the PR pilots who photographed it in 1943. Finding it as such is not difficult using google maps or gps coordinates if you know what you are looking for.