In 1943, the Germans built a launch base for their V-1 rockets near Neuville in northern France. A number of these simple bases were built throughout northern France. The rockets were supplied by rail from the production plants. At the base, they were prepared and fired from a concrete ramp against England.

The distance from the ramp to the target was important because the V1 would strike the ground either when it ran out of fuel, or when a special timer shut off the fuel supply. It was a simple system, but not very accurate.

The simple, light, and small size of the base was a conscious choice by the Germans, so as to not attract too much attention from Allied bombers. 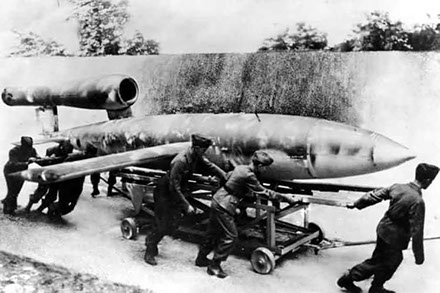