In 1943, the Germans began building a launch site for V-1 rockets in a field southeast of Cherbourg. A number of these simple bases were built throughout northern France. These bases received their rockets and other supplies by rail from production plants. Once at the base, they were prepared and fired off a concrete ramp against England. The simple, basic design and small size of these bases was a conscious choice by the Germans, in an effort to avoid attracting the attention of Allied bombers.

V-1 rocket could not be controlled, therefore the ramp had to point directly towards the target. The ramp at Mesnil-Au-Val pointed directly at Bristol, which was 140 miles away. The distance from the ramp to the target was important because the V-1 plummeted to the ground either when it ran out of fuel, or when a timer shut off the fuel supply. The system was simple, but not very accurate.

In addition to concrete ramp the site consisted of 3 garages there towards the end turned slightly to the side and from the air thus looked like snow skis. These bases were nicknamed by the Allied pilots as “ski site”.

After the Normandy landings in June 1944, the launch site at Mesnil-Au-Val was behind enemy lines, and thus never fired a single rocket at Bristol. 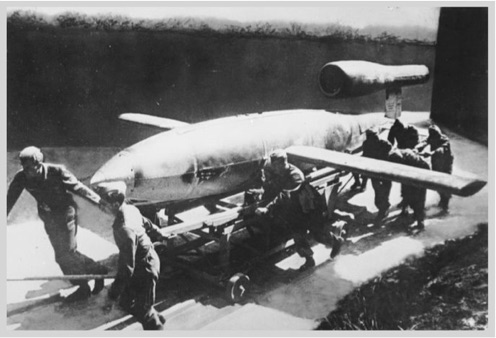 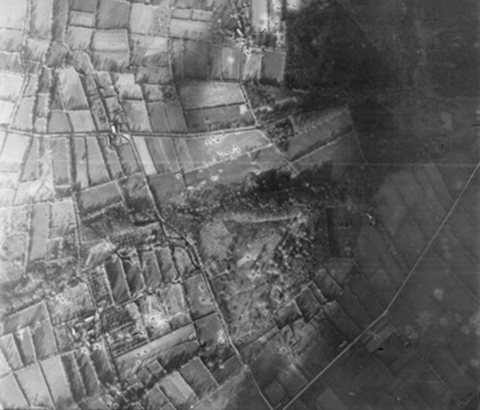