In 1943, German engineers and weapons technicians began the development of a long-range gun called V3 (Vergeltungswaffe 3) [Revenge Weapon 3]. The gun was smooth bored with a calibre of 150 mm. A number of extra chambers with charges were intended to ignite inside the barrel, thereby increasing the muzzle velocity to 1500 m/sec and thereby achieving a range of 160 km.

At Misdroy, near Swinemünde, a gun was built for testing and in January 1944 the first test shoots were held. At the same time, the construction of a larger facility in Northern France began at Mimoyecques, 150 km. from London.

The trial shoots continued, even after the Allied bombing of Mimoyecques, but failed to achieve a muzzle velocity higher than 1100 m/sec. As this was insufficient to hit the London target, the project was abandoned.

In Misdroy, today called Międzyzdroje and located in Poland, there is a museum in the old ammunition bunker and the foundations for several of the guns are part of the exhibition. 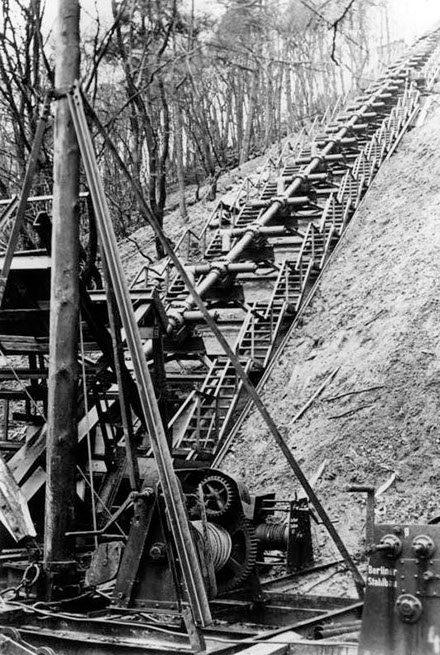