Allied control of the canal and river bridges, near Benouville, was vital to prevent a German attack on the British and Canadian flank and to aid the advance of the latter into Normandy. As with all bridges, the Germans had these two well protected and prepared for demolition.

The decision was made to capture the bridges using two groups of three gliders in a coup de main assault. The task was given to 2nd Battalion The Oxfordshire & Buckinghamshire Light Infantry, of 6th Airlanding Brigade. Two platoons of B Company, all of D Company and two platoons of Engineers were assigned to the job; 180 men in all.

The assault was a huge success, despite one glider for the river bridge (Horsa) landed by a bridge over the River Dives. The German garrison was taken completely by surprise. The bridges were held against counter-attacks until reinforcements arrived.

The Café Gondrée, which stands at the west end of the bridge, was the first building to be ‘liberated’. M. Albert Gondrée, his wife and two daughters entertained their liberators and this dwindling number of men are still Guests of Honour when they visit.

A new canal bridge was installed in 1993. The original was, initially, somewhat unceremoniously ‘dumped’ in a field close by, but now sits in a specially designed setting at the Pegasus Museum. 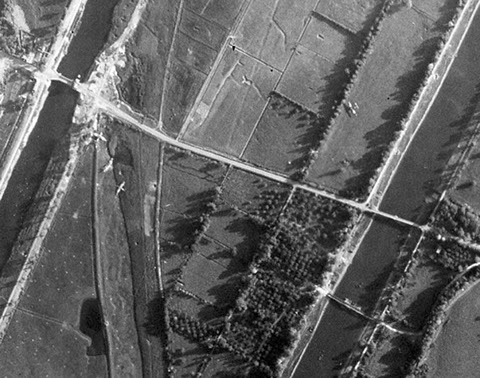 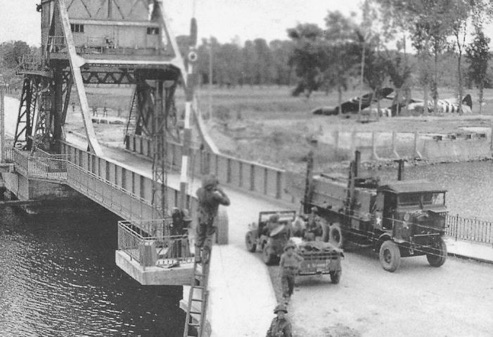