Excavation for this battery began in autumn 1943. This battery was part of the Atlantic wall. When the Allies invaded France nine months later in June 1944, the four 152 mm. guns had just been mounted in their pillboxes. In addition to the firing positions, there was a fire control bunker located 500 meters forward of the gun positions.

In the days leading up to the invasion, this battery was heavily bombed, but none of the guns were hit. The battery was able to return fire at approximately 0537 on 6 June, 20 minutes before sunrise, when it targeted HMS Bulolo, flagship of Force G on D-day. The ship avoided the fire and the battery then came under heavy fire from four more warships. It was approximately dinner time when the last round was fired from a now defeated battery.

Today, this battery is the only one in Normandy with the original guns still in place in the bunker. 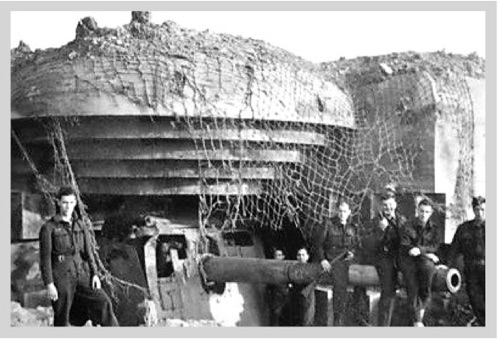 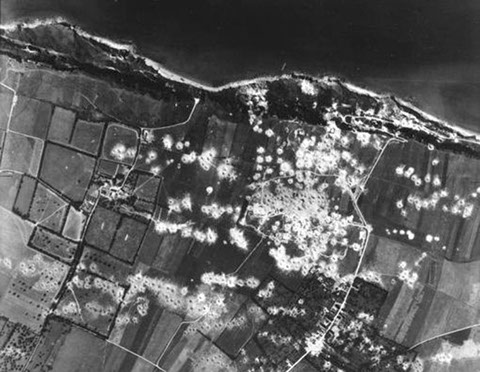 “  My wife and I visited this battery for the first time a couple of years ago. Just touching the gun and viewing the surrounding area makes one feel apart of history and reveals the grand scale of Operation Overlord and the Atlantic Wall. What I would give to be able to talk with the soldiers who were there on both sides for this turning point event in history. I want to go back soon.” 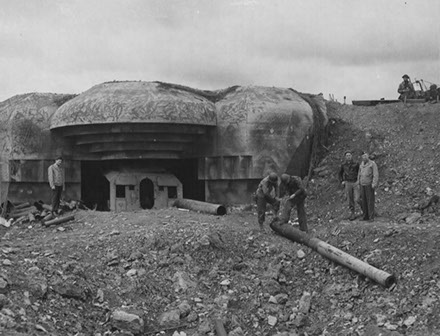 “ My 12 y.o. son and I visited this site in October, 2013. Of all that we saw in Europe, the Normandy area was by far his favorite! To be able to get up close and actually touch the actual guns used on D-day helped make the history he has been taught come alive!   ”