Marseille was the Germans' main port in the Mediterranean. The city was occupied from November 1942 to August 1944 and during this period was a part of the German South wall. It became heavily fortified with several gun batteries and air defenses. In early 1943 the Germans blew up part of the district known as Vieux Port because they thought it was here that the French Resistance had its stronghold. At the same time they started construction of a large U-boat bunker in the port. The bunker, codenamed Martha, was intended to become the Germans' main U-boat base in the Mediterranean and was designed to accommodate up to 20 U-boats.

Just offshore from the port lies the Iles du Frioul archipelago, where they built two gun batteries, one of six 155 mm. guns and the other of four 155 mm. guns, all mounted in pillboxes, plus a fire control post. An additional battery of four 240 mm. guns was also planned. The islands already possessed several French naval gun batteries.

The Germans in Marseille capitulated on 28 August 1944 to French forces and the Iles du Frioul surrendered the day after. The U-boat bunker was never completed and today only the garage portion of the bunker has been preserved. 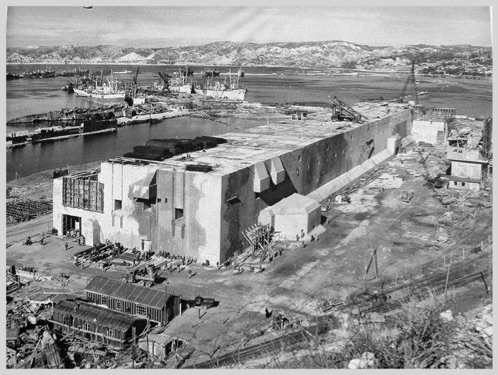 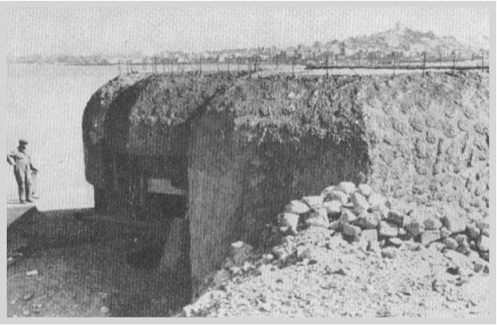 “ The French version of this story is a little different. It was not so much the French resistance the Germans feared as much as the local mob, who would have turned uncontrollable at the first sight of an Allied ship (which is more or less what happened). Therefore the Germans had planned to destroy the whole old city (mainly the port and docks district). But thanks to a very cooperative French police who offered to cleaned out the mafia controlled quarters of Marseille (and they knew who to look for) the Germans only destroyed a small part of the "Vieux port". The legend also wants that Hitler himself would have talked of Marseille as a "cancer" of Europe....   ”