At the beginning of the Second World War, the Germans did not have their own aerial torpedo. They were dependent on purchases from Italy (F5W), and even bought some from Japan. Aerial torpedoes were not just launched from aircraft, but were also used on E-Boats.

In 1940, the Germans began construction of a research center for development and testing of aerial torpedoes. The center was in Danzig Bay, in Occupied Poland. The calm waters of the bay and being beyond the reach of Allied bombers made it an ideal location. A planned Polish air base nearby was completed, and a railway built to transport the torpedoes from the center to the airfield. Buildings were constructed on the coast for research and production. Another building was built out in the bay for launching and monitoring torpedo tests.

After the war, the Soviets used the area for military exercises. Today it lies abandoned in the Gdansk bay. 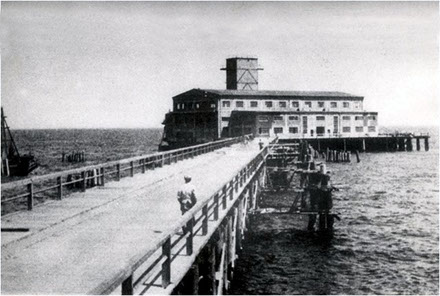 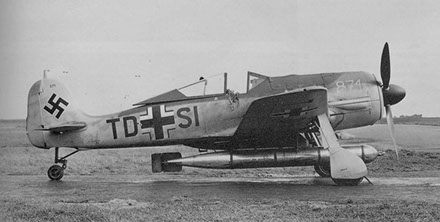