The coastal city of Løkken with its good beaches and located close to the two airports in Aalborg was an ideal location for an Allied invasion. Realizing this, the Germans fortified the area as part of the Atlantic Wall. Several strong points were located in the city.

The city itself was fortified with antitank guns, mortars and machine guns; all installed in heavy pillboxes. Barbed wire, minefields, trenches and tank traps were placed on the beaches.

In late 1942 a gun battery of four 120 mm. guns taken from Denmark became operational. In 1944, the Danish guns were replaced for four modern German 127 mm. guns. The guns were located in fortified casemates, and were situated behind the first row of sand dunes. Due to erosion, the entire battery is now located on the beach.

Their were a radar station to the north of the casemates, and the entire area was covered by antiaircraft guns.

A second battery, armed with four 150 mm. guns from the Danish warship Niels Juel, became operational in August 1943. The Niels Juel was built in 1922 and equipped with ten guns, each having a range of 18 km. and produced by Bofors of Sweden under license from Krupp in Germany. This southern gun battery was also extensively fortified with pilboxes. Due to erosion, these are now on top of the cliff surrounded by cottages. The guns that were once here were identical to those in Gun Battery Frederikshavn South, and they are still in their casemates in Frederikshavn. 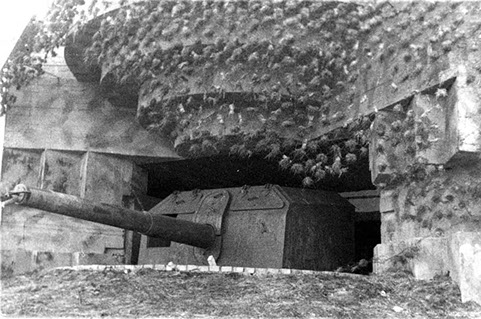 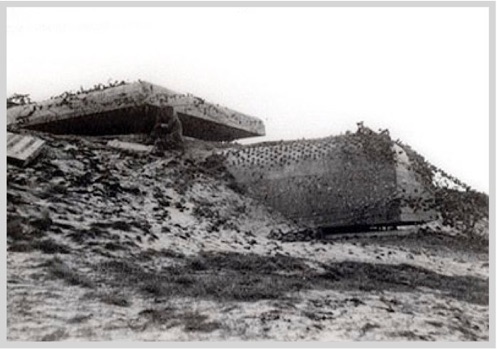 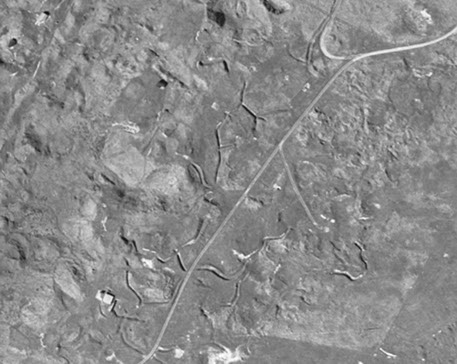