The Germans regarded the area around Søndervig as an obvious spot for the Allies to attack and it was therefore heavily fortified. The city of Søndervig was made into an infantry strongpoint. To the north of the city the Germans built a gun battery, with a radar station between it and the city.

Construction of the battery was begun in 1941 at Houvig, 3 kilometers north of Søndervig. Initially, four 105mm guns were placed in open positions, with the crew housed in barracks. Bunker construction began in late 1942. Over the next few years, R636 fire control bunkers, R671 gun bunkers, and R501, R622 and R628 crew bunkers were installed. Also, there were R134 and R607 ammunition storage bunkers, L409A and Fl277anti-aircraft defense bunkers, as well as bunkers for close-in antitank defense.

In addition to the battery at Søndervig, there were ten other 105mm batteries in Denmark, all with nearly identical construction. The guns were 1913 vintage, captured from the French. They had about a 12-km range. Most of the bunkers in these batteries wee located on the beaches or in the dunes behind the beaches. Many can still be seen today, along with their accompanying earthworks.

Also in 1942, just south of this battery, the Luftwaffe constructed a radar station, known at Ringelnatter, or Grass Snake. In addition to strong antiaircraft defenses, this station was run out of a large L487 command bunker, with two floors. By the end of the war, there were eight different radars in position, all with different tasks. Among the others were the Wassermann M and Wassermann S, both used to track hostile aircraft.

Søndervig’s defenses were continuously updated, adding R600 and R680 antitank bunkers as well as R666, R632 and R633 for infantry defense. These bunkers can still be found on the beaches and scattered through the dunes near the city. 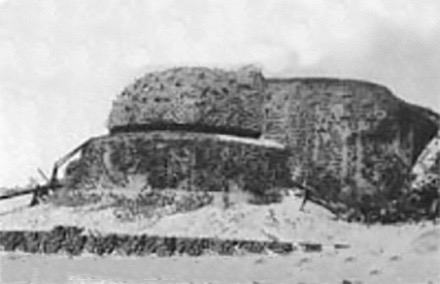 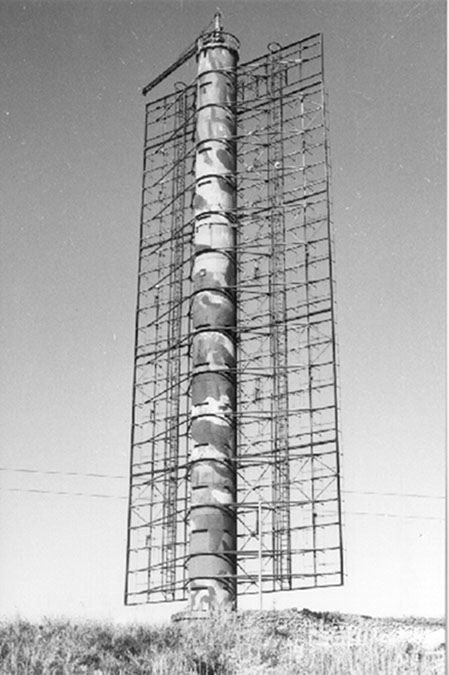