In 1941, the Germans began building tunnels on the Channel Islands of Jersey and Guernsey to protect their soldiers and stores. In Jersey alone, there were plans for up to 25 tunnel systems, of which Hohlganganlage 4 on Jersey was one, intended to be used for storage of ammunition.

The Germans used slave labourers for the hard work of hacking through the rock, a degrading and very dangerous task.

Ho4 was never completed, but was still brought use before the Germans capitulated in May 1945.

For a short period after the war, the British army used the depot, then it was taken over by Jersey waterworks as warehousing. Only some of the tunnels are still used today as poor ventilation means the entire tunnel system cannot be accessed. 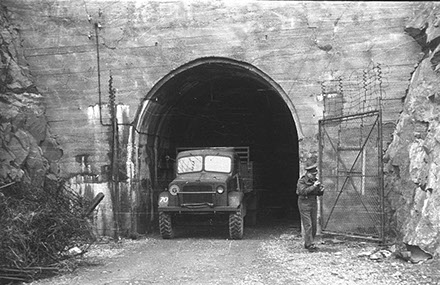