This gun battery was started by the German Army in the summer of 1942. The armament consisted of six 155mm guns, with a range of 21 kilometers. The guns were originally in open ring positions until autumn of 1943 when the castings were begun for R679 bunkers. These bunkers were built for four of the guns, and were ready in April 1944. Additional bunkers were built for air defense, ammunition storage, personnel bunkers and close-in defense bunkers.

After the Allies landings in the Normandy area on 6 June 1944 (D-Day), and the rapid advances out of the bridgeheads, the whole Cotentin Peninsula was isolated by 18 June.

This battery came under attack from artillery and fighter-bombers on 23 June. Only two of the guns were able to return fire. After further advances brought the Americans into better firing positions, the Germans surrendered on 25 June.

The battle for Cherbourg raged for more than a week, ending 1 July when the last German troops surrendered. Before surrendering, however, the Germans demolished most of the port installations in Cherbourg. Despite strenuous efforts by Allied engineers, the port was not capable of receiving larger ships before the end of August.

The bunkers and the open ring positions are still visible, currently scattered around in a residential neighborhood. 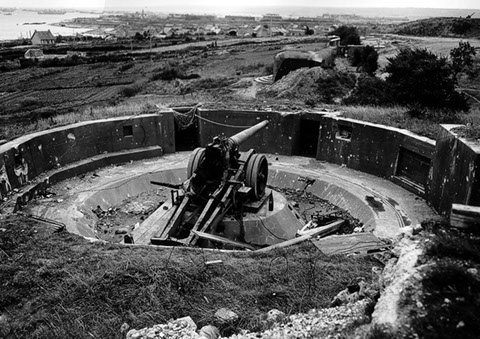 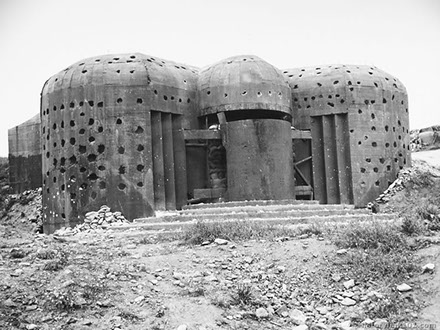