In February 1944 the German Air Force (Luftwaffe) seized the Sølund mental institution near Skanderborg Deer Park. The main road from Horsens was closed and bunkers were constructed in the surrounding woods. The area was selected to be the headquarter of the Luftwaffe in Denmark. In addition to the command and communication bunkers, barracks and administration buildings were built. The whole area was fortified; cordoned off with barbed wire and trenches, armored obstacles and machine gun positions. The headquarters was constantly expanded and functioned until the liberation of Denmark in May 1945. The German radar installations and warning systems were all modern. After the liberation the plant was carefully studied by the British. Until December 1945, German technicians helped the British study the equipment.

In April 1945, the first German refugees arrived in Skanderborg and after the liberation, part of the area was turned into a refugee camp. The last refugees left Skanderborg in the summer of 1946.

A communication bunker that had been built in the city, was taken over by Danish Civil Defense and served as Central Command for Skanderborg from 1963 to 1990. Two other command bunkers, built close to the Skanderborg lake were in 1979 opened as a museum and the old officers' mess was opened as a youth hostel. 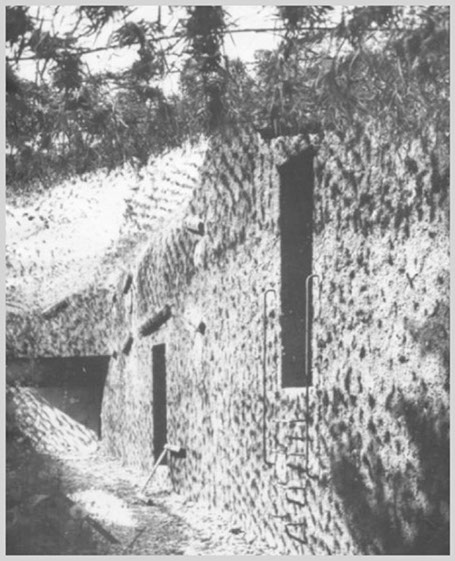