The Führerbunker in Berlin was constructed for the protection of Adolf Hitler and his closest military and civilian staff. Construction began in 1936 in the garden under the old Reich Chancellery and the bunker was expanded in 1944. From January 1945 until his suicide on April 30, 1945, Hitler stayed in the bunker with his wife Eva Braun (from April 29) and his dog Blondie.

The bunker consisted of bedrooms, living and dining rooms and offices, and there was access from the Chancellery building and from the garden. The part of the bunker where Hitler stayed had a roof of up to 13 ft of reinforced concrete and lay 28 ft under the garden. It was in the garden outside the emergency exit that the bodies of Hitler and Eva Braun were burned after their suicide.

The Russians found the abandoned bunker on May 2.

After the war, the old Reich Chancellery and the entry to the bunker were removed and at the end of 1947 the Russians tried to blow up the bunker. This did not succeed, nor did a new attempt in 1959 that led to the bunker being partially flooded. Until 1989, the area lay in the zone of the Berlin wall between East and West Berlin. Today, the remains of the bunker are under a parking lot for a residential property and a small information board recounts the history of the area. 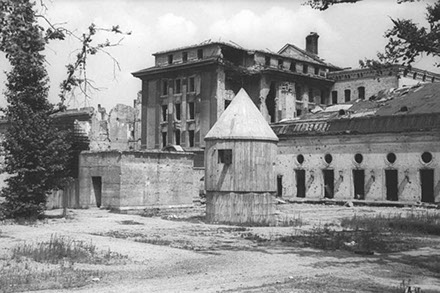 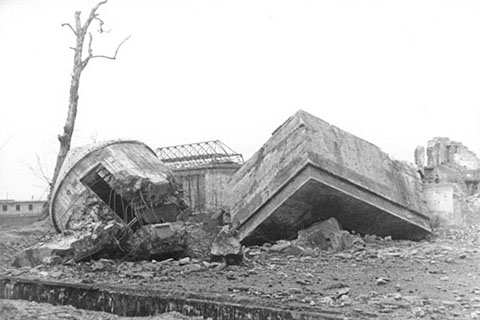