Alderney is the northern-most of the Channel Islands and also the closest to England.

The island measures 5 x 3 km. and the most of the 1,500 inhabitants had already been evacuated to England before the Germans occupied the island in July 1940.

The Channel Islands were the only British soil that the Germans conquered and Adolf Hitler feared that they would be retaken and so launched a massive programme of fortifications.

To house the 4.000 forced workers the Germans needed to build the fortifications, four camps were constructed on Alderney.  Along with the more than 3.000 soldiers, the population on the small island was significantly increased by the labour force.

The Germans set up five gun batteries, with calibres from 150 to 170 mm. To control the fire from the many guns, a system of six bunkers (Marine Peilstand und Meßstellung) was planned around the entire island. This system was also started on the other two Channel Islands of Jersey and Guernsey, but in practice control proved very difficult, especially if several ships were to be observed simultaneously.  Consequently,  construction of the bunkers was stopped and on Alderney, only the third (MP3) was completed.

Twenty two flak guns (anti aircraft) were distributed around the island and a command bunker, with a high tower to overlook the campsite, was built in the middle of the island.

Alderney became one of the most heavily fortified areas along the entire Atlantic wall (which stretched from Norway to the Spanish border) and was accordingly given the title of Festung (Fortress) Alderney. The designation ”fortress” was used only used when an area was so heavily fortified that it was considered impossible to conquer.

After the Allied landings in Normandy in June 1944 and their subsequent  advance up the Cotentin Peninsula, the 150 mm. guns in Battery Blücher on Alderney fired upon the American troops. Subsequently, the British warship HMS Rodney attacked the gun battery, which cost the life of two German soldiers.

The Allies had decided not to attack the Channel Islands as they had no strategic significance and therefore these remained occupied by German forces until the war in Europe ended 9 May 1945. As happened in other German fortresses along the Atlantic wall, the German commander at Alderney chose not to surrender until 16 May 1945.

In the post-occupation period, the Germans were set to clean up and amongst other things, they removed 30,000 landmines.

In December 1945, the native population was allowed to return to their island. 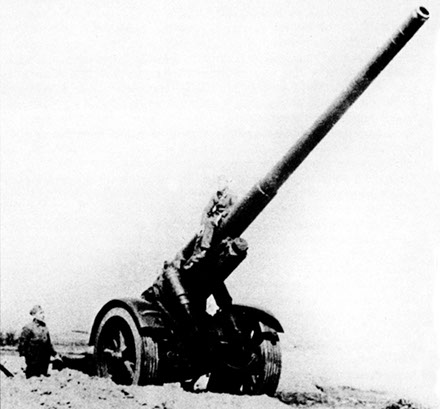 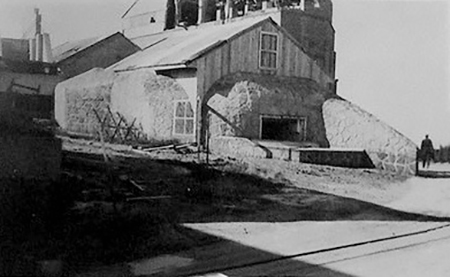