Werkflugplatz Oranienburg was started north of Berlin in 1936, being just one year after Adolf Hitler had rejected all the military restrictions of the Versailles Treaty and formed German Air Force, the Luftwaffe.
The airfield was part of a large factory that was to produce Heinkel aircraft. It was primarily for building bombers but also fighter jets and test flights of new aircraft types.
The airfield and the rest of the factory area were massively bombed by the Americans in April 1945 and after the war the area was taken over by the Russians.
The area is today swamped by new roads and industry, but the large assembly hall and several of the runways are still visible. 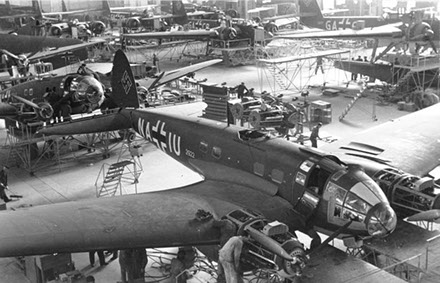 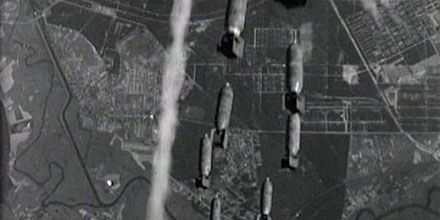