Due to a steadily increasing threat from Allied bombers, the Messerschmitt aircraft company moved parts of the factory from Regensburg in October 1943.

The administration and research department consisting of 2.200 employees were moved to Conrad-von-Hötzendorf barracks in Oberammergau. South of the barracks, 500 slave laborers constructed a tunnel system for production and testing of the new ME 262 fighter plane.

It was from the plant in Oberammergau that the construction of the subsequent production line was coordinated. This included several underground factories as the ones in Skt. Georgen an der Gusen and in Eschenlohe.

All the plants that were arranged in newly built mines were code named for Geological indications, so the plant at Oberammergau was codenamed Cerusit. (Cerussite)

In late April 1945 the plant was captured by U.S. forces. The barracks facilities were subsequently used as a focal point for gathering intelligence and technicians relating to German weapons systems.

Since 1953, the barracks has served as NATO school, the only one, in the world. 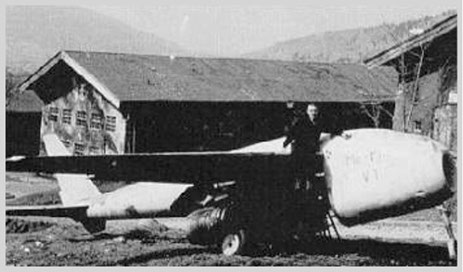