After the German conquest of France in June 1940,  they set up a large number of guns in the Calais area, perhaps in preparation for the planned attack on England (Operation Seelowe) or just to close the English Channel for Allied Ships. At Oye-Plage, between Calais and Dunkerque, the Kriegsmarine (German Navy) installed modern 210 mm. guns. These had a range of 33 km. which was enough to engage targets throughout the northern end of the Channel.

In 1941, the temporary guns were replaced by four 150 mm. guns and more permanent supporting infrastructure was built. Later, bunkers were built for the guns (M270), ammunition (R134) and a special and very interesting Command bunker. This was cast in concrete and made to look like a church, complete with bell tower and painted windows.

After the war, the Allies tried to demolish the entire battery and partly succeeded with the four gun bunkers, while the Command Bunker just listed to one side. 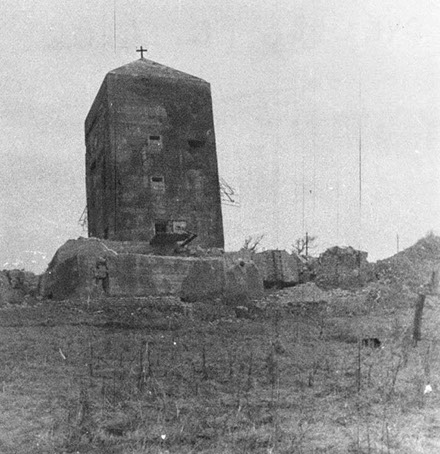 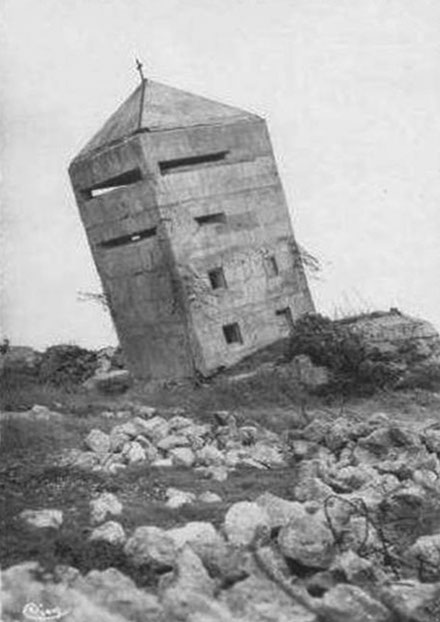