Towards the end of the war, Bremerhaven was spared the bombing, because the Americans planned to use the port as a future supply base. 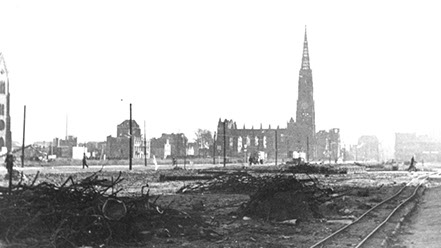