These guns were used regularly to shell the Russian airport of Pumanki. However, during a strong Russian attack, the position was abandoned, the guns blown up and the area evacuated.

The remnants of the gun battery are currently in a Russian military area and access is therefore limited. 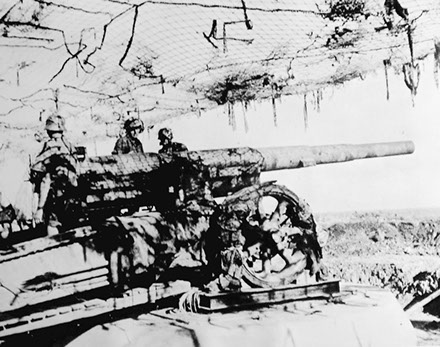