After the German attack on Norway in April 1940, it was important to defend shipping and defend along the coast. In autumn 1940, the Kriegsmarine began constructing the installation, north of Haugesund. They installed four 150 mm. guns, that had a range of 17 kilometers. These were naval guns from the First World War, and after renovation they were first installed in MKB Bismarck on the Island Fehmarn in the Baltic Sea. In October 1940, the guns were ready at Haugesund. Over the following years the gun battery was continuously expanded with cast gun emplacements, ammunition bunkers, barracks for the crews and close defense positions.

The accompanying picture shows the German cruiser Admiral Hipper passing one of the guns.

After liberation in 1945, the gun battery was destroyed. The guns were subsequently emplaced on Fjøløy in Stavanger and in 1959 finally scrapped. 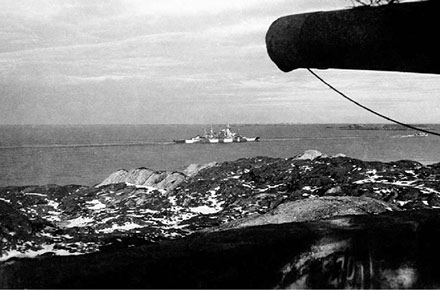 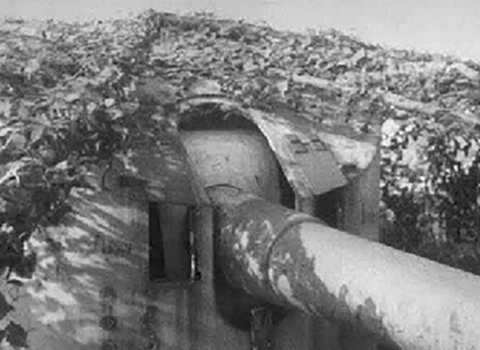 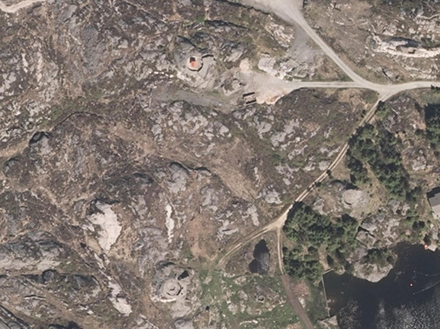