In 1942, the German army built a gun battery consisting of four 150 mm. guns which were placed in open cast ring positions with a 360° field of fire and a range of almost 25 km.

At the same time, an identical gun battery was built on the coast in the middle of Guernsey and was called Gun Battery Gneisenau.

After the Allied landing in Normandy and subsequent conquest of the Cotentin Peninsula, it was decided to move the guns from the two Guernsey batteries to the Channel Island of Jersey. Here they were set up in two new batteries, Schlieffen and Haeseler, both of which were constructed in open positions and there is therefore no trace of them today.

The relocations took place to reinforce the defence against attacks from the French coast, which had suddenly become enemy (Allied) territory.

After the war, the ring positions were buried but in 2008 the Occupation Society started restoring the old gun positions. 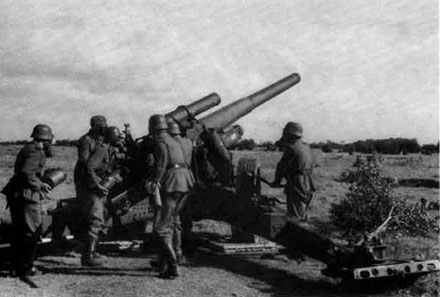