In 1941, the German army started to build a coastal gun battery located in the dunes 2 km. north of Lyngby, in north western Jutland. Initially, the 4 off 105 mm. guns were  sited in open positions and the crew was accommodated in barracks.  In late 1942, the Germans began construction of bunkers, partly for the four guns (R671), for the fire management (R636) and for the crew.

Bunkers were also constructed for the storage of ammunition as well as flak batteries (anti-aircraft) and for point defense. In addition to the gun battery at Lyngby, a further 10 gun batteries, identical in layout, with 105 mm. guns were constructed in Denmark. These guns dated back to 1913 and had been captured by the Germans in France. They had a range of 12 km.

The remains of the four gun bunkers can still be seen today on the beach or in the sea,  but behind the dunes, it is still possible to see the extensive earthworks and the remains of the many bunkers. 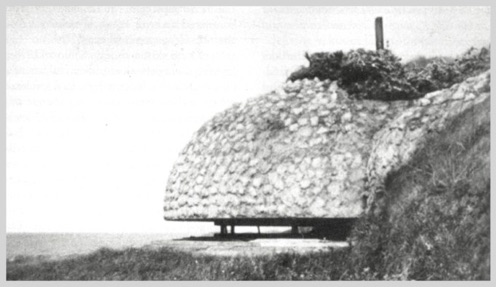 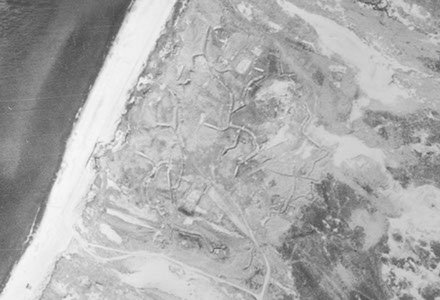