In the port city of Granville the Germans built a gun battery in 1943 with four 120 mm. guns mounted in pillboxes. A fire control bunker was built forward of the guns. Additionally, several other gun bunkers and air defense positions were constructed to defend the harbor.

After the Allied landings in Normandy (Operation Overlord) and the subsequent conquest of the entire Cotentin Peninsula, German troops on the Channel Islands of Guernsey, Jersey, and Alderney were isolated. In December 1944, five German prisoners of war managed to escape from Granville in an American landing craft, landing in the Channel Islands. Their intelligence of the city led in March 1945, to a German commando raid against the city. This raid was meant to strengthen German morale and to capture essential supplies for the three islands. A total of 13 small boats attacked the harbor on 8 March. This resulted in the freeing of approximately 50 Germans, and capturing about 30 Americans. The attackers also managed to hijack a cargo ship carrying over 100 tons of coal. Four other cargo ships were sunk, along with an American submarine hunter. The only German loss was a minesweeper that ran aground and was left behind. 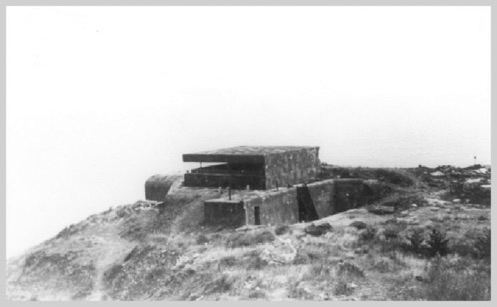