Trondheim, in the middle of Norway, was the largest German naval base in Northern Europe and was operating from June 1940 until liberation in May 1945. Here, the Kriegsmarine's 13th U-boat flotilla had its headquarters.

The Germans built two U-boat bunkers, Dora I and Dora II, but only Dora I had been completed by the end of the war. Construction of Dora I started in 1941, and when it was finished 2 years later, it measured 502 x 344 feet, and the 5 pens had space for 16 U-boats. The walls were 10 feet thick and the roof comprised 9.8 feet of reinforced concrete.

After the war, Dora I was expanded to 2 floors and is today used as a warehouse and a bowling alley.

Dora II was so badly damaged by Allied bombing that after the war, half of the roof was demolished.

The Germans named their bases by location and the town name “Trondheim” in German is Drontheim. "D" in the German phonetic alphabet is Dora. 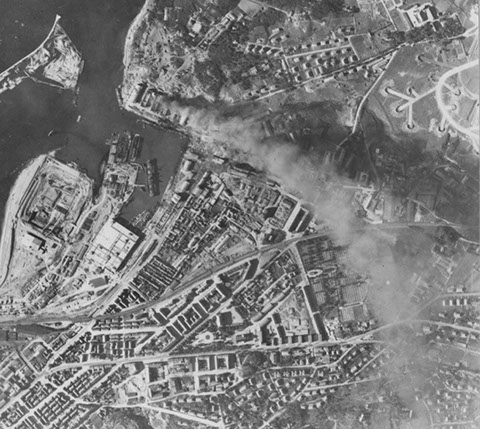 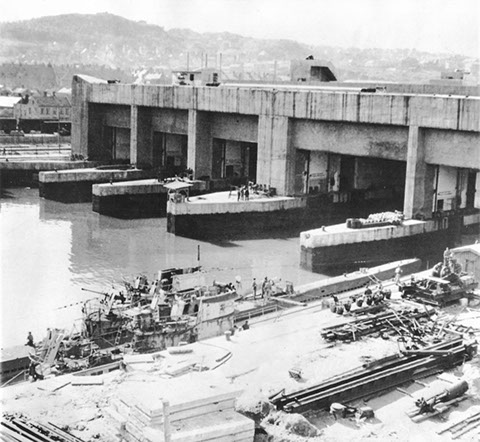 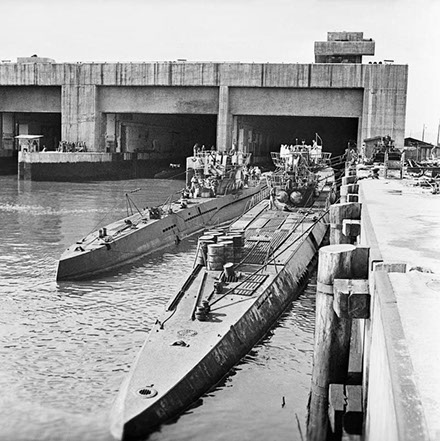 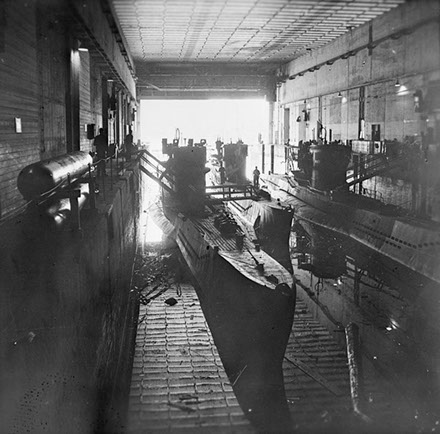 “  At the age of 12 in the year of 1947 I went aboard a German U boat at the U Boat Base in Trondheim. I was accompanied by a Norwegian sailor. The U Boat was painted Orange. I attend school in Trondheim and went there for two months, then returned back to Scotland. While in Trondheim I stayed at this address Heimstadvein 5B with my sister who had married a Norwegian Sailor. The place I stayed in was a large building that housed many Norwegian sailors with their families. A reply would be appreciated from anyone who attend the school near Heimstadvein 5b in Trondheim Norway in the year 1947. ”