In the summer of 1941 the German Navy started construction of a gun battery close to the city Kiberg, 10 km. south of Vardø in northern Norway. The three guns, named  Scharnhorst, Moltke and Gneisenau, were from the first World War and had a caliber of 280 mm. They could launch a 284 kg. shell to distances of up to 34 km.

The guns were set in cast concrete open ring posts, with crew and ammunition located in a bunker behind the position. The guns mounted in turrets and hidden under a camouflage screen. The gun battery was operational in the summer of 1942.

In January 1943 the gun battery sank a Soviet submarine and in July the same year, a Soviet landing attempt north of the position was repulsed.

Everything useful that could fall into the hands of the Red Army or delay their advance was removed. 45.000 Norwegians were moved by force and over 10.000 houses, churches, agriculture, schools, etc. were burned. Animals were slaughtered, fishing boats were sunk and over 20.000 telephone poles were felled. In addition, crops were burned and large areas were mined. As part of this withdrawal the guns were destroyed by their own crews in October 1944.

After the German capitulation the Norwegian civilians quietly began returning and by September 1945 the last Soviet troops had left northern Norway. The Norwegian army then followed, cleaning up the old German positions and removing the remains of weapons and ammunition. 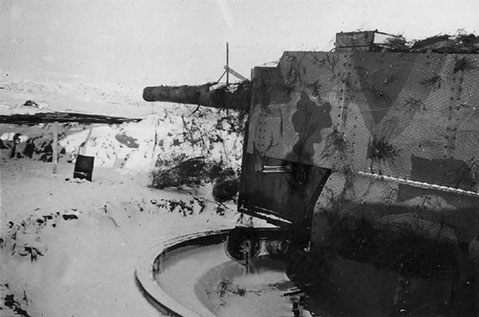 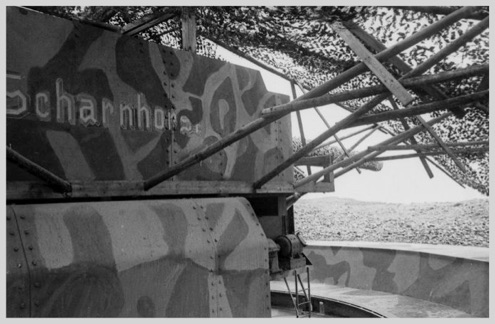