During the night of 25/26 August 1940, 29 bombers from the Royal Air Force attacked, Berlin. This was the first attack against the German capital and immediately triggered an order from Adolf Hitler for the construction of three sets of Flaktowers. One would be located in the west by the Berlin zoo, one in the east in Friedrichshain and one to the north by Humboldthain. The Reichstag Building happened to be located almost in the center of the triangle between these three towers.

This huge construction project was carried out with the liberal use of forced laborers and prisoners of war. Records show that the Zoo tower received daily deliveries by train, truck, and barge, of over 1,600 tons of construction material. The Zoo tower was the first of the three to be completed, being finished in April 1941.

Throughout the war, Berlin was heavily bombed from the air. These three Flaktowers functioned both actively and passively in its defense. The towers’ active role was obviously firing on the attacking bombers. Their passive role consisted of providing shelter and protection to more than 100,000 civilians.

In addition, many art treasures from Berlin's museums were moved into storage early in the war, relatively safe behind the thick concrete walls of the towers. The towers were also contained hospitals and military command posts.

Throughout the war threw the Allies over 68,000 tonnes of bombs on Berlin during more than 360 attacks. By the time these air attacks ended in April 1945, Berlin had been turned into a great ruin, including the loss of over 35,000 civilians. When by April 20, the Soviets had fought their way into the Berlin suburbs, the guns in all three towers were fired on enemy tank and troop concentrations. The Soviets proved to be powerless against these towers. Rather than assault them directly, they isolated them, and continued to fight around them. They were not finally taken until the actual surrender.

Besides the three Flaktowers, anti-aircraft defenses were spread all around Berlin. Smaller caliber guns were mounted on the roofs of factory buildings or in wooden towers. These towers had been built in parks, and other open areas. The Flaktowers especially, but also a number of the other bunkers, around the city also provided shelter to thousands of civilians. The subway system also provided effective protection against bombing attacks.

After the war, a great effort was made to destroy the Flaktowers. Today, about all that is left is half of the Humboldthain tower, and a few remnants from the Friedrichshain tower. 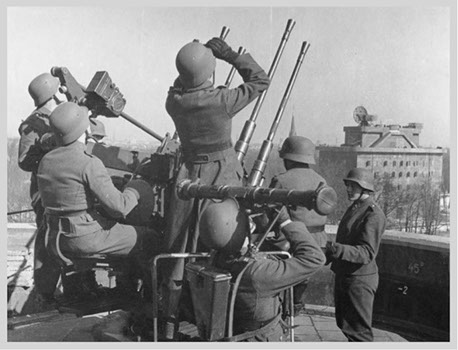 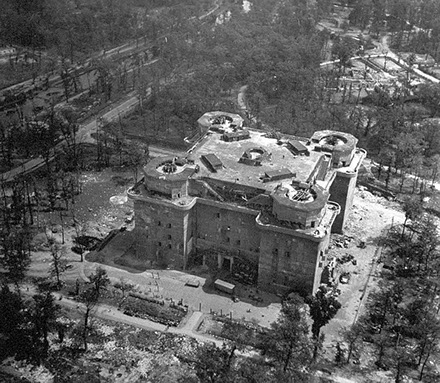