In Spring 1944, the Germans began construction of an airfield in Beldringe, north west of Odense. Around 4.300 Danes worked on the construction of a 60 m. wide and 2.000 m. long runway, a large hangar, several workshops, aircraft shelters, refueling facilities and around 10 km. of perimeter track and taxiways.

Work continued with the casting of bunkers for command, crew and machine gun bunkers for local defense of the airfield. The whole area was fenced in with barbed wire, trenches and rifle loopholes.

In early 1945, the airfield was ready for use and employed about 800 Germans.  The airfield was very busy right up to its liberation in May 1945 with a large number of aircraft delivered from Germany, but shortages of fuel and pilots prevented operations from the new runway.

After liberation, the whole area was used for refugees and today there is a museum in one of the command bunkers. 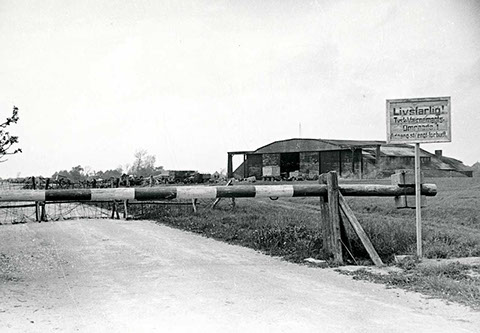 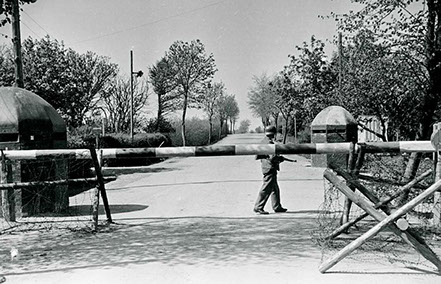