In the city of Menden, east of Dortmund, the Germans began construction in Autumn 1944 of one of their largest factories for the production of synthetic fuel.

The limestone here provided optimal protection against bombings and an old limestone quarry on site could hide the building process.

All the plants contributing to this operation were arranged in newly dug mines, and were given code names based on geological indications. The Schwalbe I factory was codenamed Eisenkies. (Pyrite)

For 10 months at least 10.000 slave laborers worked in shifts digging, drilling and removing 600 tonnes of limestone from the ground. Slave workers were primarily prisoners of war and they lived in camps built for the purpose.

It took 5 tonnes of coal to produce 1 ton of synthetic fuel. It was planned that the Schwalbe I plant would produce 30 tonnes of fuel per month. In order to maintain a coal supply, the railway to the west was reinforced. The only bottleneck on the line was a bridge over the Ruhr, which the year before had been washed away, during an Allied air raid on the dam at Möhnestausees. Rather than re-build the rail bridge, the Germans instead planned a pipeline.

At the end of March 1945 the construction stopped. Around 800 prisoners were sent north and 500 who were too weak to march were left in their camp. Two weeks later they were all liberated by the U.S. Army.

The mine at Menden was one of the few underground facilities not blown up after the war. It is used today as a training area for German police special operations forces. 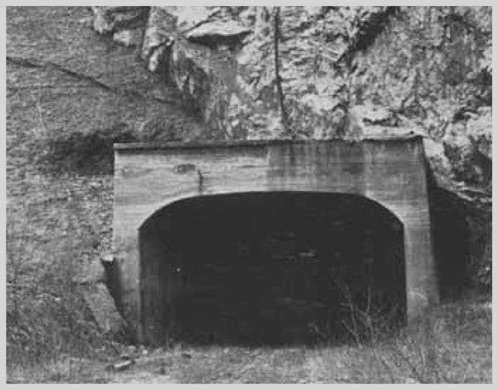