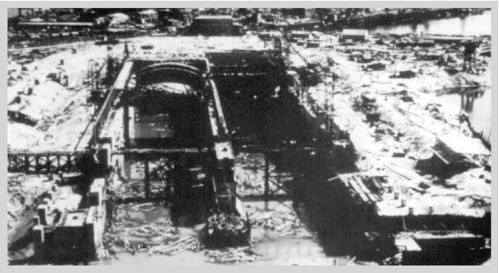 The Germans chose Bremen as the site of a bunker for the manufacture of three modules of the new Type XXI uboat.