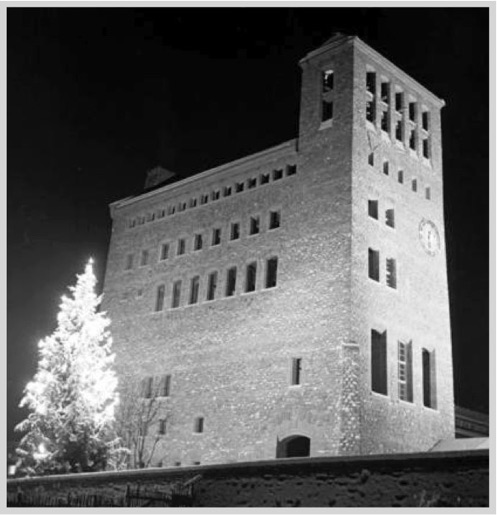 In Germany in the early 1930s there was a need for a training center where the Nazi party could teach Germany's future leaders and political soldiers. It was decided to build three schools, all majestic, like old medieval castles and located throughout Germany. In addition to Sonthofen there was:

Ordensburg Sonthofen, in southern Bavaria, was started in 1934. The school was designed by architect Hermann Giesler and was finished ready for the first students two years later. The school was to receive and teach students in their third school year and then afterwards send them to Marienburg in East Prussia for their final year. Hitler visited Sonthofen in 1937, but later at the beginning of WWII, training was downsized and towards the end of the war it was used as a military hospital.

After the war the buildings were used by the U.S. Army for educational purposes and in 1956 it was transferred back to the German army.