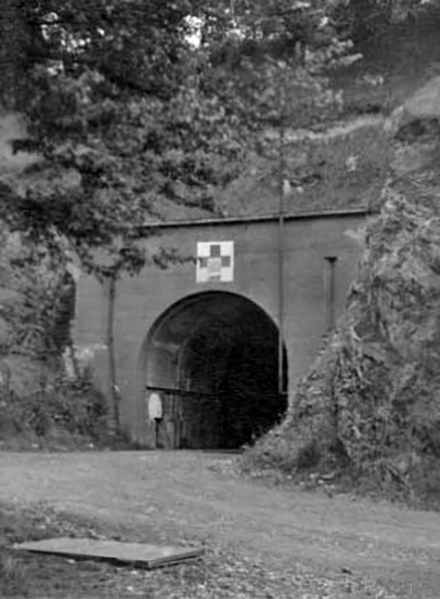 In 1941 the Germans began increasing the depth of the defenses in the occupied Channel Islands. On Jersey in particular, they started construction of a combined underground shelter and ammunition depot. This facility consisted of a network of underground tunnels that would protect against Allied air raids.

The perilous work of construction was carried out mainly by Russian slave laborers who lived in a nearby prison camp. There were some accidents and the rate of deaths among the workers was very high.

Over 14,000 tons of earth and rock were blasted, drilled, ground and removed, to construct the nearly 2,600 m² facility.

In late 1943, the fear of an Allied landing become more imminent and it was decided to reorganize the underground facilities into a hospital. The tunnels were equipped with operating rooms and 500 hospital beds.

The Germans Jersey surrendered along the other Channel Islands to the Allies 9 May 1945.

Today the facility has been turned into a museum, partially restored to show its appearance in 1945.