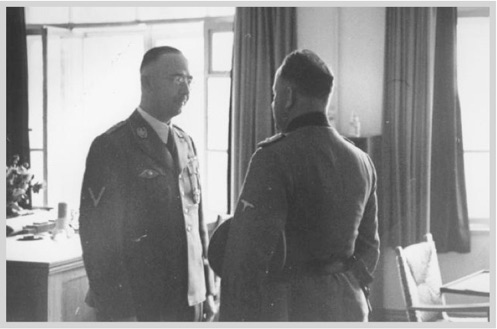 Hegewald was the name of Heinreich Himmler's area in the ”Wolfs Lair”. Additionally, Hegewald was also the name of Himmler's headquarters in the Ukraine. The latter was built on a former Russian airfield 50 km. north of Hitler's headquarters in the Ukraine, ”Wehrwolf”. Construction commenced in the autumn of 1941 and by summer 1942 it was ready for use. In addition to the Russian airfield, the HQ consisted of several barracks, bunkers, a villa for Himmler and a military cemetery.

From Hegewald, Himmler controlled the German colonization of the Ukraine. Large populations were deported and the lush farmland was transferred to German settlers.

There is today a German military cemetery in the area and at least one protective bunker.