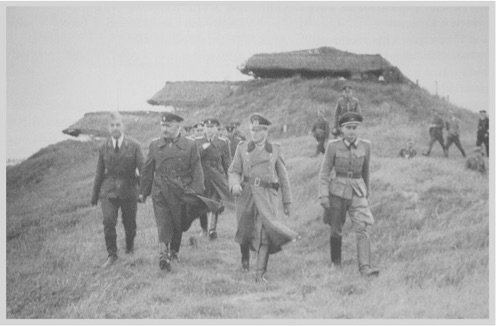 Construction of this coastal battery began in 1941. In the beginning, the guns were put in open emplacements, with the crews in barracks and small protective bunkers. In 1943, the battery was expanded with bunkers for all installations. Unusually, all the bunkers in this position were connected by cast concrete tunnels.

The battery was equipped with four 150 mm. guns, each in their own pillbox with a fire control bunker in the middle.

To protect the flanks, there were two additional gun bunkers and five crew bunkers. In addition, there were two ammunition bunkers, a command bunker, and an antitank bunker. Bunkers and firing positions are still very well preserved today. Also well preserved are the remnants of an antitank wall, approximately 200 meters east of the fire control bunker. This wall was designed to prevent enemy units from bypassing the battery.