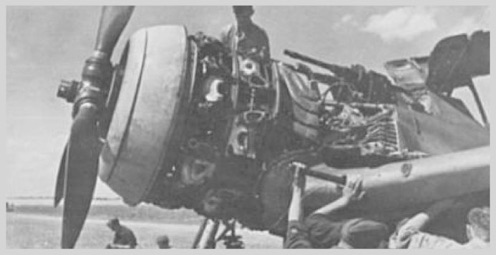 By early 1944, the Allies had achieved air superiority over Germany and the bombing of the large German industrial cities occurred almost daily, the RAF by night and the USAAF by day. In an effort to ensure that production could continue, parts of the German war industry were moved underground.

In March 1944, the Todt Organisation began the establishment of an underground factory near the Dutch town of Geulhem, north-east of Maastricht. At that location, there was already a gypsum quarry, conveniently near the Maastricht – Aachen railway.

Forced labourers were used for the construction work and they quickly cast concrete floors, created elevated corridors and all the support columns were strengthened. Overall, 13.000 m² of workshops were created, of which 9,200 m² were underground. The workshop was for the overhaul and repair of aircraft engines and to ease the handling of these heavy engines, a narrow-gauge railway connection was laid to the main line, together with covered loading ramps for both trucks and trains. The workshop was in operation 24 hours a day until September 1944, when American troops liberated the entire area.

All the plants established in existing mines were allocated code names for animals and this facility was named Molch (salamander).

The remains of the old covered loading ramps are today preserved as a war memorial Bronsdaelgroeve.