It was built by the German army and the guns were set in open ring positions.

There was also six 88 mm. and 20 mm. two AA-guns together with a Würzburg Riese radar.

In August 1944 a German convoy was attacked by the British warship HMS Onslaught. The German convoy sought shelter close to the shores and several of the German gun batteries along the coast opened fire, causing HMS Onslaught to retreat. During the attack, one of the gun barrels had an explosion that killed and injured several crew members.

Today, the gun battery is spread in a residential neighborhood, in the jail and at the slopes. 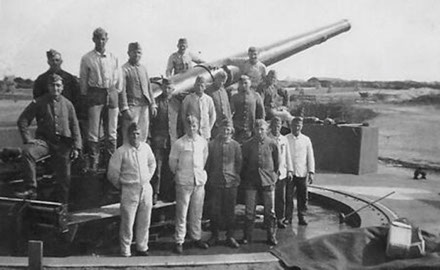 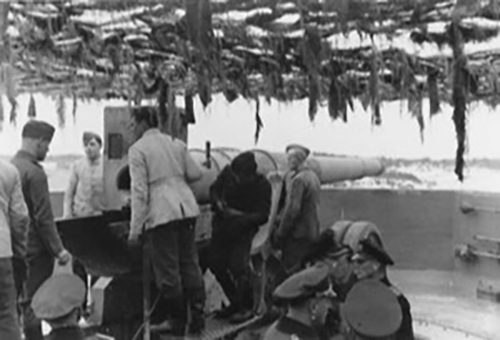